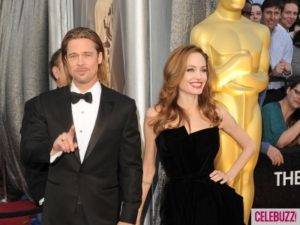 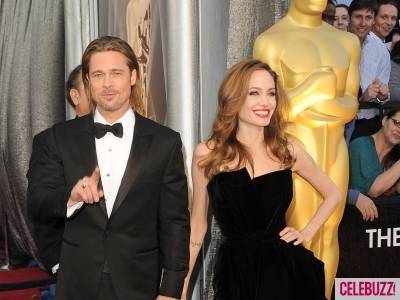 It was definitely one of the most anticipated celebrity night and aware of that Angelina Jolie was the last to make an appearance on the red carpet of the formerly known as Kodak Theatre in Los Angeles.

And what a look, right? Angelina broke all bets and went for a look that never fails to impress with a black velvet dress with wide opening of Atelier Versace , a femme fatale look that captured everyone’s attention at the 2012 Oscars .

After seeing its elegant look at the Golden Globes were many who were expecting something similar to the show today but the result was the opposite and that surely will be many voices for and against.

The bid opening and wearing strapless neckline was not a single combination, and would complement a somewhat casual look.

This time there is nothing but an elegant collected hair with enough volume, well maintained and of course, red lips and intense that combined with a look that was framed in black to accentuate her look more so feline. Do you think that was right with your bet? 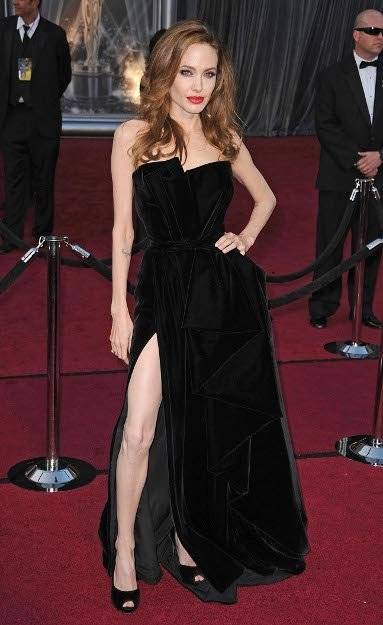