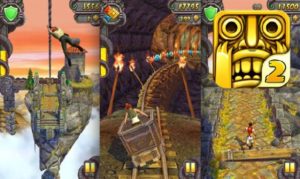 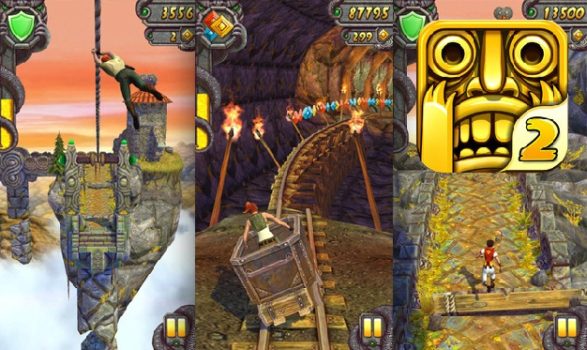 Temple Run 2 smash records in just two weeks and has achieved 50 million downloads since its release. (between versions of iOS and Android). With this figure surpasses Angry Birds Star Wars that took 35 days to reach the same figure. Success may associate the broad acceptance of its previous delivery had been achieved since then 170 million downloads. But certainly, the success is the new free to play format under which it launched.

As you know the titles are to play free but include the option to make purchases through the application to get objects and helps you facilitate progress through the levels if you need it. An arrangement that many developers have adopted, as The Respawnables , in order to reach a wider audience. And it seems to work. Why then many users who make purchases, which are not required in many of the best titles. Only those who want to help.

The gameplay of Temple Run 2 is pretty simple and addictive . Which accompanied by good graphics and a soundtrack adequate enough to ensure success.