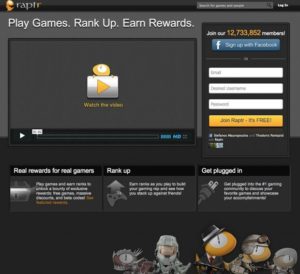 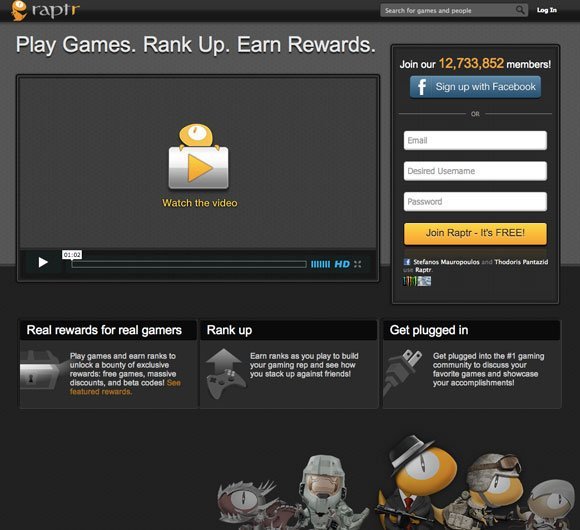 Several times we sit down to think about whether there would be no way to earn more from our preoccupation with video Games , beyond entertainment, and just in time came the announcement of Raptr (social network for gamers) for the new program to reward gamers to play their favorite games, and judging by their sponsors ( Microsoft , Blizzard , Logitech , etc.), one can understand the seriousness of the task.

Let’s see, however, why are all these …

After the user has entered the social network (already counts 12 million active users), then the Raptr starts counting the time spent playing in various platforms such as Xbox 360, PS3 or PC. According to Raptr, the information (game, hours of occupation, etc.) are collected and sent to the companies gaming, without mentioning the name of the player, who in turn earn extremely useful conclusions about the preferences and habits of gamers overall.

However, this information is also very useful for rewarding gamers targeted by corporations, so the Raptr decided to launch some time ago a system of “Fame”, which classifies users according to the hours they actually have spent up to a particular game. For example, the Call of Duty: Modern Warfare 3, the “X” gamer level is “Elite” (there are 6 points – Newbie, Amateur, Experienced, Dedicated, Hardcore, Elite). You understand that such data are important tools in the hands of sponsors and advertisers.

For argument’s sake, Raptr recently reached an agreement with Logitech, the second to offer 60% discount for regional Call of Duty of company to gamers who had reached this “reputation” for the game Call of Duty: Modern Warfare 3. The success of this ….. aptly targeted offer was so great that Logitech has decided to offer even more discounts! 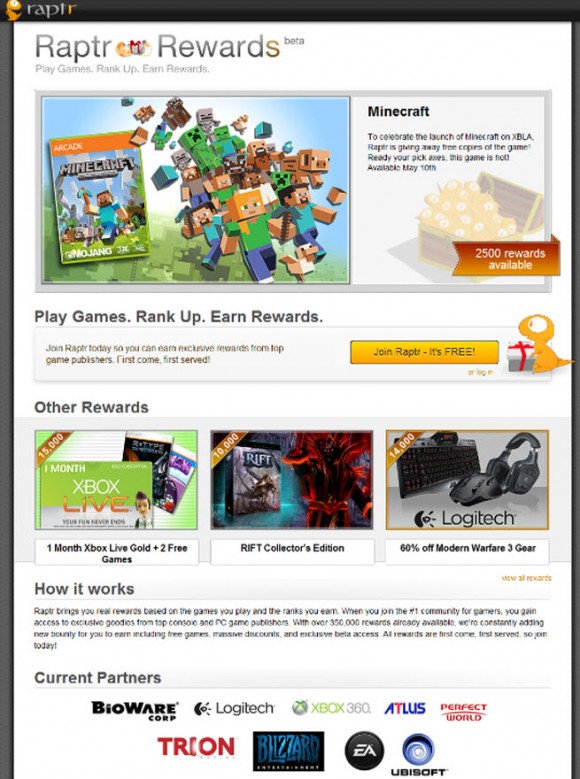 Note that there is nothing “sneaky” in the whole story, as Raptr does not charge for any reason the gamers (eg a subscription), although it does not clarify how to make money. However, the system suits both gamers, and its affiliates to acquire better knowledge about the targeted promotion of their products, but also to reward the “loyal” to goods that may have no value for most, however, count for this gamer.

Until now, the beta version of Raptr Rewards has given away prizes to the total value exceeds $ 1 million, but it should be noted that each donor has the right to set amount of winners (eg the first 100), period claiming the prize (eg 1 month) and geography (exclusive depending on the country).

Finally, mention that already work with the Raptr: