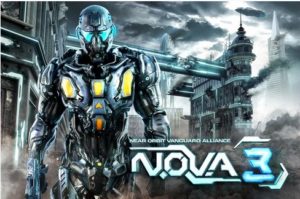 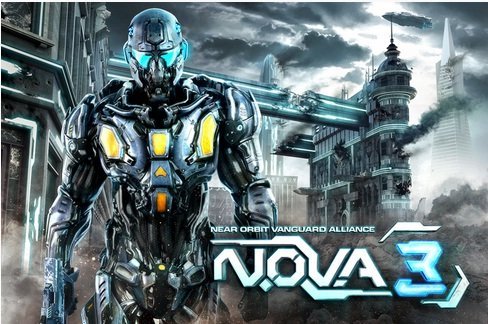 Those of you that you have the skill and nerve enough to enjoy a first-person shooter on a touch device you’re in luck because Gameloft has just released its highly anticipated sequel to Halo clone. I am referring of course to NOVA 3 – Near Orbit Vanguard Alliance, the third installment of this elaborate sci-fi saga with graphics first division.

The action takes place four months after Kal Wardin had to abandon his retirement in Scorpius planet to engage in civil war has broken out and attains end of volterites plans. Unfortunately, this does not prevent the assassination of President Folsom the government decides to hand over the protectorate volterite colonies, so that our protagonist ends up trying to go unnoticed while things settle down. So Yelena distress messages will return you to Earth. And you know who you will come back to save humanity, right?

If the previous delivery and looked great, the sequel promises to raise the bar graph level by lighting and dynamic shadows generated in real time cinematic effects such as variations of depth of field, improved physical animations and a new particle system, all This courtesy of the latest Unreal Engine.

But that does not matter if the gameplay is left behind, and NOVA 3 presents us with ten different levels that will lead us through the galaxy with an elaborate argument, new weapons and powers, six multiplayer modes and six maps which face up to twelve players and some details as promising as the possibility of sharing vehicle with an ally to slaughter our enemies.

As I said at the beginning of the article, not a game for everyone, but if the controls are no problem for you (and I have to admit, this franchise has always stood out positively for the controls), there are many papers that go to enjoy as a dwarf with him.