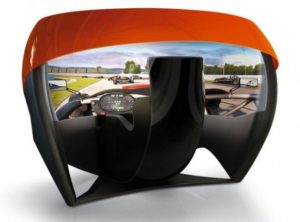 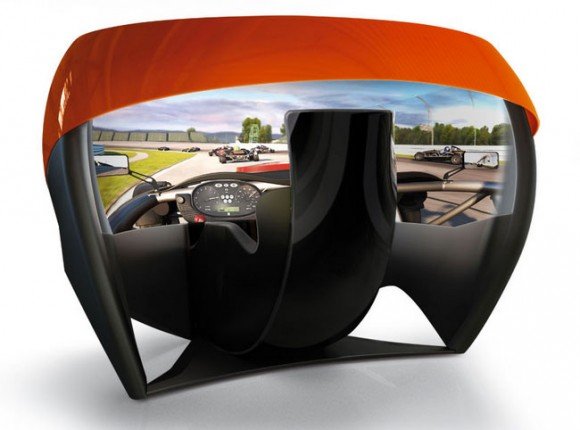 Many may remember the two hundred Emperor Workstation , a gaming station with three screens multitouch 24 “that elevates the experience of gaming for those who have the necessary money.

This time, we will see the Motion Simulation TL1 who stunned the audience at Gadget Show 2012, made in collaboration with the Ariel Motor Company, which brings a different approach in the field of gaming, as the image projected onto a global screen 180 degrees (5760 x 1200) and the position of the player moves depending on the game chosen (fps, racing, flight simulation).

Note that the system connects to any PC Windows XP / 7, provided the graphics card to “withstand” the resolution of the screen while the projector has connectors and HDMI, DVI, Component, Composite.

The company is already accepting preorders , with thsimplest version of the simulator to start from £ 11.500 (about € 14300).