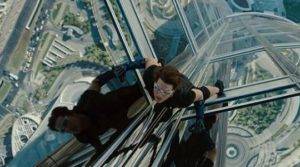 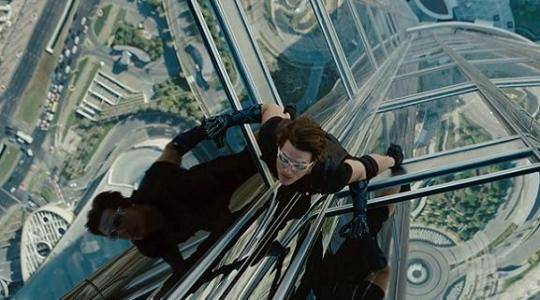 Ethan Hunt, played by Tom Cruise never looked like a dupe, but it is his villains of all stripes are trying to inadvertently substituted for the past 15 years. The first film of the “impossible” saga, born on the basis of the known 60 – 70 series, was filmed in 1996 by the great Brian De Palma and has already become a classic. In that picture of Ethan Hunt does not look like James Bond – Tom Cruise, and often unjustly accused of a lack of talent, jewelry and painted the ordinary, in fact, a guy in good his espionage work, and only by coincidence, is converted into a superman. In the second film of the series, filmed in 2000 by John Woo, Hunt was a completely different – long-haired handsome polished, drive a sports car , seductive sexy babes and changing the face with rubber masks more than it did in their performances Arkady Raikin. Whatever it was, the movie was currently the most successful series, gathered in worldwide box office $ 546 388 200 (for comparison – the first film earned $ 457,696,359, and the third – $ 397,850,012).

Six years later, in the third “Mission” Hunt, speaking the language of sports, has moved into coaching – has ceased to participate in the operations, began to prepare the young agents, and even started a family sostrig foppish hair, almost back to their crew cut from the first film. To take up arms Ethan forced not want to shoot, and harsh circumstances. Hunt, 2006 turned out to be more realistic than its predecessor, which is considered by many viewers and critics, the hero went good. What will it be in the 4th part? Judging by the hair, which is exactly the same haircut agent of 2000, we are again waiting for Hunt superhero.However, agents IMF are very much unpredictable guys …

Tom Cruise and Olga Kurylenko Flirting on the Set