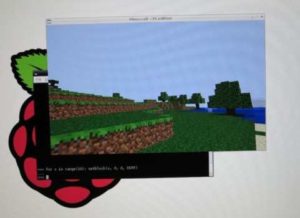 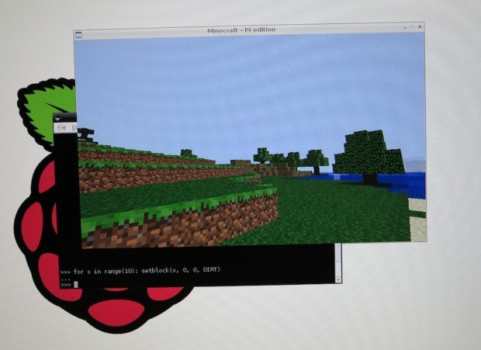 The junior programmers of independent game studio Mojang  will be another reason to risk the first step on the Raspberry Pi. Two of Mojang developers working on Minecraft are specifically adapted to improve the performance of mobile devices. Minecraft: Pocket Edition, is ported to the Linux-based computer learning. Under the name of Minecraft-Pi Edition it will shortly be available for download free of charge.

The opportunities are huge. You could organize the best LAN party ever, or take advantage of the Pi for learning with negligible budget and using skills of basics  programming. As if to hack his way into Minecraft and changed the world with code, bit as if you’re Notch, Jeb, or Nathan, only that it makes a lot more fun and less stressful “ , says the Mojang Blog . Notch is the nickname of Mojang founder and Minecraft creator Markus Persson.

In Minecraft-Pi Edition, structures can be built on typical Minecraft style. Once you’ve familiarized yourself but with the in-game features then you can modify the code and manipulate various programming things in the Minecraft world. “You will learn new skills by Minecraft”. When exactly will the Minecraft- Pi Edition released has not yet been announced by Mojang. Just said only “soon” .

The non-profit Raspberry Pi Foundation distributes the Raspberry Pi on various distribution partners. The costing from $ 35 but due to popular demand to get often with long waiting times. Besides being used as learning computers for schools is the Raspberry Pi interesting due to its low price and its flexible deployment options for tinkerers – whether to get a retro games console, to build a media player or other order.

Computer in Only 25 Dollar ,Soon !