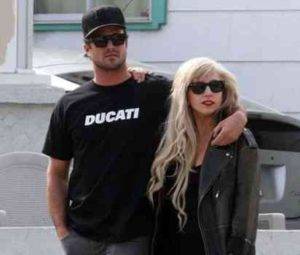 Famous American singer 25-year-old  Lady Gaga is finally acknowledging her romance with Taylor Kinney , actor and star of the television series “Vampire Diaries”.Rumors are that they have a serious romance. 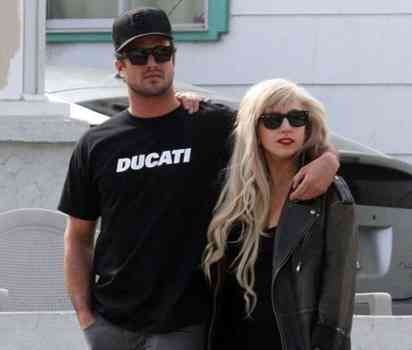 One of the most eligible brides of America,  Lady Gaga, is no longer hide his relationship with a 30-year-old  famous actor,Taylor Kinney. Report that the artists are linked not just novel, but something more profound. Their feelings can lead to something bigger.

Love couple was spotted at one of the beaches in California . Lady Gaga and Taylor Kinney held hands, and on the shoulders of the singer was thrown male jacket.

The couple met in July this year when the actress was filming his video for the song “You and I“. At the same time , began to develop their romance, but young people prefer not to dwell on their relationship. In an interview with Lady Gaga,she said: “I shall not enlarge on his personal life, but I can say that it is very happy”.

But on the other hand, a source close to Gaga tells Us Weekly that they are not very serious with each other.Source said,

They’re hooking up and getting to know each other,” explains the insider. “Gaga can’t be too committed because she works 24/7. But she thinks he’s supercute!

Recall from Lady Gaga not only in his personal life is good. The actress topped in the past year a lot of ratings. For example, the singer was the most generous celebrity . Recently, actress created her own foundation “Born This Way Foundation”, dealing with the problems of adolescents who, for various reasons are aggression by others. By the way, outrageous performer for the second consecutive year, led this rating. In addition, she led the top richest female singers in the world. The amount of its revenues totaled $ 90 million.