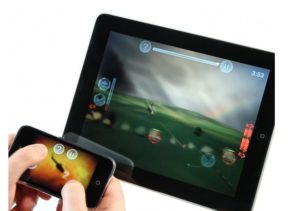 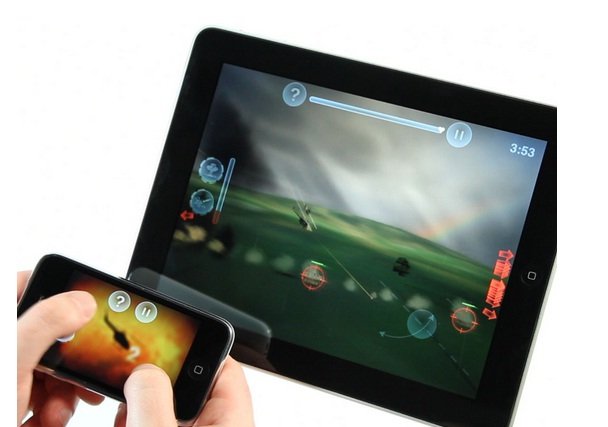 Best of IOS is connectivity between the different devices. If you have an iPad and an iPhone, you can supplement transforming the iPad to your main screen and the iPhone or iPod Touch into a video game controller

Thanks to more than 100,000 applications of games available on the App Store , we have drawn the most difficult situations victorious of modern life have given us the boring company in waiting rooms, travel, or when we needed entertainment without the need to learn intricate tricks and secrets that often have the portable games consoles. Then, the first delivery of applications that have the game system as a whole.

Personally, one of my favorite football games. With over 22 leagues, including the Premier League English, Spanish La Liga and the Bundesliga, has attractive graphics, 32 authentic stadiums and you can buy and sell players. To use the iPhone as a controller, you must install the free application , EA SPORTS Gamepad . Price: $ 4.99

The classic board game, orchestrated to perfection using theiPad as a board and the iPhone as your easel sheets . Also classified as game multiplayer because you can add up to four participants.With a simple interface, well executed and attractive graphics, does not disappoint anyone, including the most diehard fans of this game. His constant updates of the dictionary, let no one try to cheat by placing a word absent. Price: $ 9.99

Launched in 2010 was the first application to leverage the potential of combining wonderful devices. The iPad is used to display the race track and the iPhone as a steering wheel. PadRacer trying to convey a spirit of retro to your game, with an interface and simple graphics.Maybe … too simple. His animations have not improved enough since its launch so that after a few laps, you can get to become a little boring. Even the possibility of building your own track does improve significantly. Ideal for playing ironically with friends. Price: $ 4.99

Without doubt, one of those games that do not delete from your iPad . Graphics well produced and entertaining development: you are a Navy pilot with more than 36 missions in 12 different locations you must carry and provide security for explosives technicians deactivators. Not only can you use the iPhone as your controller via Wi-Fi or Bluetooth but you also have the option to connect the iPad to a HDTV . TheChopper 2 Wireless Controller is installed for free. Price: $ 2.99

After a long day, nothing like finish eliminating enemies of geometric shapes. He HAD said it is a copy of Geometry Wars and while it is pretty much ends up being a very fun game. The driver is free for iPhone Joypad is also compatible with other games. Be alert to any offers. Price: $ 1.99

we discussed the five games for iPad or iPhone that is compatible with airplay but unfortunately, the supply of games for iPad using the iPhone as the controller via Bluetooth is still low. Hopefully in the near future, this situation is changed and developers to encourage a little more to this attractive innovative cross-platform between our IOS devices.