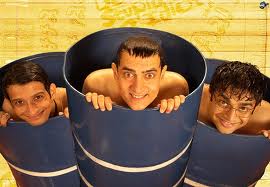 This Story is about seven brothers who are living in a farm house  with out any manners and what happen when a girl enter in there lives and she train them and find love for all of them Hilarious scenes, with funny script and unforgettable music  . 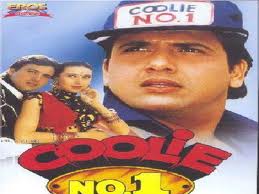 A good story and hilarious scenes  make the movie supper hit in box office .Kader Khan plays the role of most  intelligent man who wants to marry his both daughters in a wealthiest family.

Shadiram Gharjode who insulted by Kader Khan and he decides  in return to teach  Kader Khan lesson. For that, he ropes in  Govinda who playthe role of  Raju, a Coolie to make-believe a rich person to Hoshiyar Chand. Raju marries  Karishma Kapoor as Malathi and takes her to Mumbai. Mama of  Malathi(Shakti Kapoor) accompanies them to Mumbai and it is very interesting to see how the twist and turns take  the movie to the top . 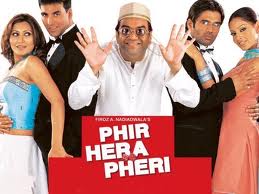 Hera Pheri in which there were two very big  action heroes Sunil and Akshay and a typical villain Paresh Rawal but with a very funny script,the hilarious comic timings of  these   fabulous stars  made Hera Pheri a supper hit movie across the world.In Paresh’s house Akshay and Sunil are co-tenants. How these three characters, who are in search of a better life, make their dream come true after a wrong number . Paresh  have  receive  Filmfare Award, Star Screen Award and IIFA Award for Best Comedian. Even Akshay win for his performance best supporting actor Bollywood Movie Awards . 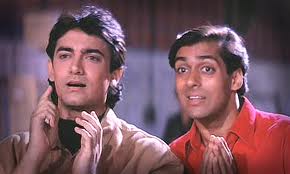 The movie was not a big hit for  the box office, but as the time passed the movie became  one of the favorite comedy movies of every movie lover. Lead actors in this movie are  Salman Khan , Aamir Khan ,Paresh Rawal and  Shakti Kapoor.The Unforgettable Dialogues  of  Paresh Rawal which make the movie supper hit : –

Well, we might see the  remake of the movie with the original stars . 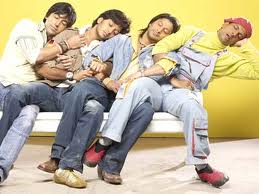 Dhamaal was a superhit film of 2007  in Bollywood released movies of 2007.It was a loose remake of American Comedy ‘It’s a Mad, Mad, Mad, Mad World’.

From the trends of Bollywood This movie is quite unusual because  this movie was without featuring any actress in the lead role, . Nevertheless it is a real fun to see four men trying to get hold of a very  handsome amount which is somewhere in Goa .

However they all reach to  their des

tination but after many  twists and turns .

3Idiots is best movie of year in fect in my openion it is all time hit . This fantastic movie is made by Aamir Khan, VidhuVinod Chopra,  Rajkumari hirani . All parents wants their Teen to  secure their future with get good marks in school and get admission i

n engineering, medicine  or any big field.  It is eye opener for such parents . “All is well” The very important message which movie bring for every one  and one scene in movie which became  biggest comedy of year where an engineering student try to remember a Hindi Note but  does not know Hindi  and the funny part is  some words  replaced by a  student. 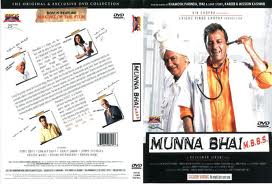 Munna Bhai MBBS  is a Rajkumar Hirani’s film, Sanjay Dutt, Arshad Warsi, Sunil Dutt, Gracy Singh, Boman Irani are the stars who make it a superb Bollywood comedy film with lots of  fun. A don Sanjay who is adamant in a madical collage . Sweet love angle and great music make it  more worth watching.How Don Sanjay dutt read in collage and can he succeed to get an MBBS degree or not  it ivery much s hilarious.