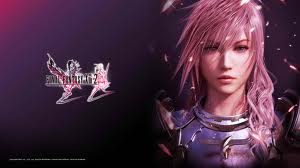 Final Fantasy XIII-2 . In this issue you will find a lot of Mysterious Facts  about the game like role-playing game system , time travel and see new screen shots provided by Square Enix.

Divergent paths. In many places there are puzzles in multiple time gates leading to the different periods of history. In the vicinity of the ruins of Brescia has three gates to other places and times.
To open them, you will need special artifacts. The hunt for them – an important part of the adventure. Open the gates can be closed, rewound the history and erase the changes you made.

The Tower of Augusta

This information-processing center was established to participate in a major project of the Academy. But an anomaly in space-time transformed halls and corridors of the tower in the maze. Heroes of the room to be restored to their former places and find their way to the goal.On the top floor of the tower is hidden powerful supercomputer. I wonder what fate awaits him in the future.

Kristarium shows the development of your characters. Winning the battles and completing quests, you’ll be rewarded with bonus points kristogenezisa that can be used to enhance the character and discover powerful new abilities.

In this part of the Final Fantasy development of all the possible roles of thecharacter is in the same branch. You distribute points kristogenezisa between roles, and increase the specific parameters themselves. Their rate of growth is just according to the selected roles

Each crystal, which you have achieved, increases the role of the unit. On the right below shows a list of abilities that a character learns more.As in the previous section, kristarium – the main instrument by which you develop the characters. But the system has been improved, and players should see more freedom of choice when pumping.

The largest chip on your way to hidden special bonuses for specific roles such as Commando or Eater.

The system has multiple layers. After passing the path of development once kristarium moves to the next level. In the previous section, these fibers could not be opened until you reach a certain point in the story, but in Final Fantasy XIII-2, no such restriction.

Moving to a new level kristariuma, you can get access to new roles and other useful things.What bonuses to use – you decide.

Monsters, as well as the usual characters, can be pumped into kristariume. Each monster has its own role and the individual path of growth.

To improve we need not frighten kristogenezisa glasses, and the “terrible materials”. Bonuses that you get directly connected with what material was used. Thus it is possible to improve specific aspects of the monster.

Each material has five degrees of strength. As you’ll discover new levels kristariuma for the development of the monsters you will also need more powerful materials.

Beast can learn new abilities not only in kristariume, but also learn them from other monsters. Active powers are transferred only between the monsters with a matching role, as passive – between any. When you make a monster of another part of your menagerie lost the corresponding crystal. When you merge or enhance the capacity of existing skills, or give access to an entirely new tricks. 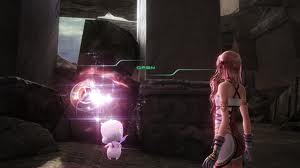 When you are merging passive abilities, some combinations of monsters can respond to this emergence of new and unexpected abilities. To find out which combinations produce the light of Super Mutants have to experiment.

During the journey you will occasionally find decorative items for the monsters. On the fighting qualities they have no influence, but let’s add a little style wards.

Watson Supercomputer will Help in the Fight Against Cancer

The Last Story – A Wonderful Game for the Nintendo Wii