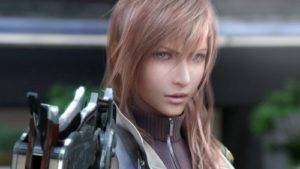 Our experience is almost finished version of the Japanese role-playing game about the world of magic and technology, entertainment full of battles and bizarre characters. 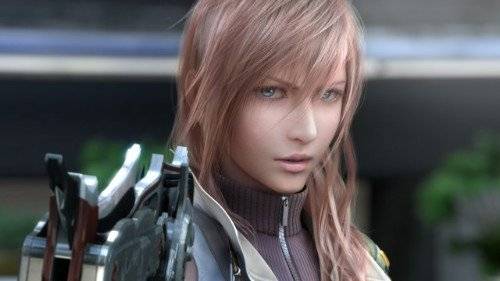 Have you tried one day to present the content of your friends is simple, but spectacular action movie with a bunch of shootings and explosions? If so, the story was clearly not rigorous, as a review for a dissertation on conductive properties of cucumbers. Likely to get something like: “And he will give him as, and he  hryas, and suddenly ba-boom!”. Express impressions of  Final Fantasy XIII-2 would be desirable in a similar manner and to be more convincing to wave his arms above the keyboard  sorry, readers do not appreciate it. Before the game was released in Japan only a matter of days, but we Europeans have to wait a couple of months. Another question: is it worth? The answer we were looking at in the office of the company “1C-SoftKlab”, where familiarity with the new old  Final Fantasy took the form of a five-hour marathon.

Continuation of the “Final Fantasy” number thirteen fell upon us like a volley of rocket in the middle of a military test site. The heroine of the original source Lightning clashed with the gloomy type named Guy.He waved his sword-eyed, who seems to have pulled out of fighting game SoulCalibur , and carried some sort of utter nonsense. This was accompanied by a cascade of effects: the soldiers threw soulfully into each other’s buildings were moved and not the ball lightning, not the nuclear explosions. Comprehend what he saw there was no time, because a moment later, the action moved to the village by the ocean. They showed us a new heroine – Lightning sister named Sarah , and then fell from the sky a meteor from the portal got out a hefty beast, and the people attacked the mechanical insects.

Released a year ago, Final Fantasy XIII  is the same scenario, sane, and somewhere after hours dating makes one want to splash in the face with cold water. It is difficult to guess where the project director, Mamoru trajectories, scored writers, but their work is like at the same time on the anime series for schoolchildren, blockbuster,Roland Emmerich and raving regulars psychiatric clinic. Apple from the tree fell near.XIII-2 enters the skull by the optic nerves and exploding firecrackers million, while you sit with a stupid smile and wonder: whether to continue to play, whether to call an ambulance. However, medicine is powerless here. For the time spent with the game while we are drowning in a whirlpool of space tunnels, temporal paradoxes, and tomato-eyed killers. After this no longer pay attention to conversations with a bunch of meaningless remarks, to caricature emotional characters and strange camera work.For example, when Guy appears in the frame is always the first thing picturesque grins that show close-up – after the fourth time, you know, boring.

To characterize the XIII-2 is perfect just one word – “suddenly”. Many of its episodes are based on the following scheme: shows the player characters in a peaceful manner, and suddenly next to them, something blows up, somebody is shooting, but once you blink, as the on-screen button gamepad. Do not have time to press them on time – lose the battle. As they say, get bored once. Developers of all the forces ratcheted up the bar for entertainment, but XIII-2,  did not turn into one big movie. Moreover, we found that the game is much better off predecessor. At first glance, everything is familiar. Locations are almost the same as in  Final Fantasy XIII hallways with no confusing forks, but their linearity, which is amazing, is not evident. 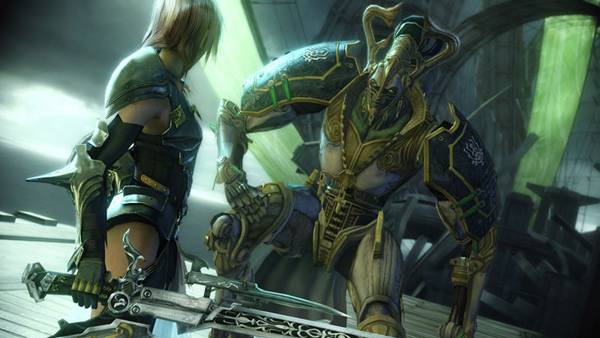 We found for the residents of the village first aid kit, an army officer returned to the experimental drug and killed the monster, than proved their aptitude clan hunters. The action takes place in the world of Gran Pulse, but the plot makes Sir Noel and boy jumping in different eras. In fact, in your possession a list of levels that can be played several times in more or less free sequence. On the one hand, the isolated location makes a confused story of XIII-2,even more confusing. On the other due to isolation level designers were able to turn to its fullest.

Each location is worthy of some poetic metaphor. They are drawn to compare with dabs of paint on canvas, with fireworks – in general, with all the bright and attractive.As usual, Final Fantasy captivating light effects and scale of production. Supported by an ice column celestial continent against the full moon illuminated by the setting sun with grass field as a man – these landscapes are imprinted in the memory, as if they burned with laser. What kind of linearity, what are you? I want to stand and admire.Only then to think that it is time to look for artifacts to open a new temporary tunnels, clean out boxes of stuff and beat on the horns of unknown animals. In the XIII-2 Foes materialize out of thin air – of course, suddenly. Interfere with them or not – do your worst, because the game is optimized for amateur fights, and pacifists.

The majority of aggressors easily take away his legs, which saves time and allows you to not be distracted by the endless fights. Crave blood? Then there is a reason in time to press the attack, if done correctly, you will begin the battle with some advantage. As we wrote in the  preview , the essence of the combat system has remained unchanged. A team of heroes is the scale, after which you can fill in a few times to attack. Each character is allowed to change profession and thus influence the methods of defense and attack. Then, the tactics can be attributed to the entire team to maximize the potential to reveal different specialties. When you read the manual for the first time, is not easy to escape the impression that all this – a crafty way to make life difficult for the players. But half an hour passes, and you have great delight in poking around in the settings. 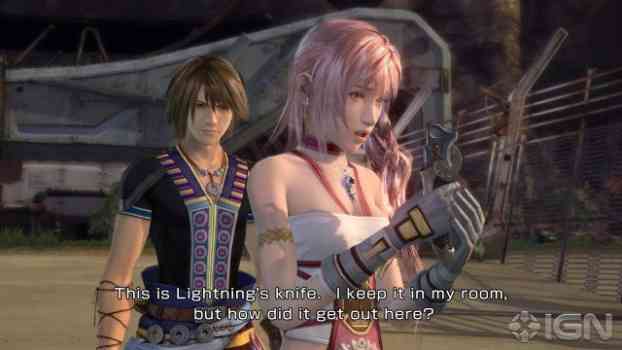 About Chocobo long debate, some believe that it is chicken, others – that it “hawala.”Right, those who argue that it saddles To counter one better to combine a strong enemy of the characters, one programmed to physical attacks, and another on magic. In the case of weak enemies with the crowd better than to act the characters apart. Search for new combinations of interesting, but when allowed to take the team defeated the monsters away from the tactical menu is simply impossible. On-site third fighter is able to attack a monster, cause enemy fire to himself or to treat the team. If the animal is sick, it can be used to strengthen arms. As soon begin to understand all the intricacies of the combat system, as we seem to jump in time. Several hours passed quickly, and the marathon is over. Of course, all at once.

Final Fantasy XIII-2 – an extraordinary project. It is hard to imagine how much money and effort spent on creating a game with such a frivolous and ridiculous plot characters. However, if the semantic component of the project by about half an hour starts to ache teeth, with the game mechanics the situation is much better. Thanks to an updated combat system to deal with hostile inhabitants of the virtual world has an order of magnitude more interesting.