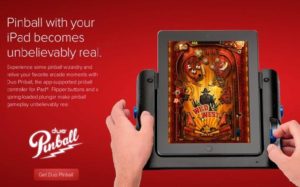 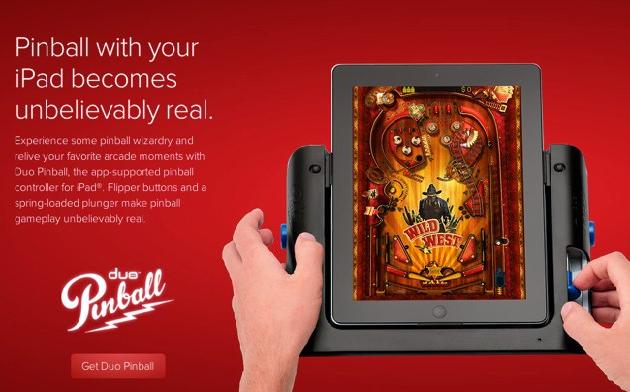 On Saturday I dropped in South Park Apple Store in Madrid to go to the Genius Bar to solve a little problem with the computer and I found this accessory on sale in the store. Duo Pinball is a Pinball game controller which adds two buttons and even includes a control to simulate the pitching of balls. A server loves Pinball games, so I called enough attention.

I have been researching on the accessory and only supports games Pinball HD Connection  which is already a serious problem, because if it is true that the games are good, personally I prefer tables Zen Pinball or with those of The Pinball Arcade . Another issue that concerns me is the lag between pressing buttons and on-screen action. Although many drivers for Bluetooth games work and do it well, as Icade. Apparently this is not the case in the Duo Controller and is a slight delay between the two.

The truth is that pay almost 60 euros for this accessory is too and if it adds nothing and is not compatible with other games, I’m glad to have opted not to buy it. As I say you can find it in the Apple Store, but I fear it will fall on deaf ears, even Santa Claus, by falling short in every way.