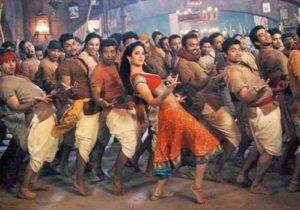 After  ‘Sheila Ki Jawaani’, Katrina Kaif has done another sizzling Item Number ‘Chikni Chameli’. This song is  in the upcoming movie of  Karan Johar which is a remake of his  father’s 1990 film ‘Agneepath’.  The leads in the new movie are Hrithik Roshan and Priyanka Chopra ,also stars Sanjay Dutt and Rishi Kapoor. The new ‘Agneepath’ is being directed by a new director Karan Malhotra. 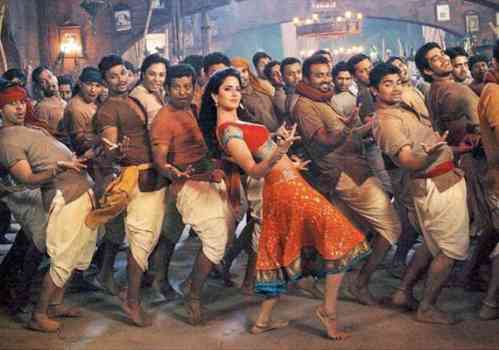 This  song is  Katrina Kaif`s officially  first item song  because she danced for ‘Sheila Ki Jawaani’  in ‘Tees Maar Khan’ and Zara Zara Touch Me in “race”  but there she was also the heroine of the movie  but this time she will only be seen in the song ‘Chikni Chameli’  like item girl. Chikni Chameli’ is a total swinging number which is sung by Shreya Ghoshal. In the  original  ‘Agneepath’  Archana Puran Singh had done  item number ‘Alibaba’ for movie.
The 2 minutes and 13 seconds video of Chikni Chameli made every one surprised how Katrina Kaif  can dance like a perfect desi girl because she is a total English mame .Hrithik said about the song, “The audience will be spellbound by Katrina as Chikni Chameli. She is outstanding.” The new  ‘Agneepath’, will  be release on January 26, 2012.