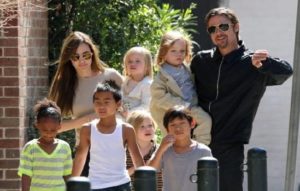 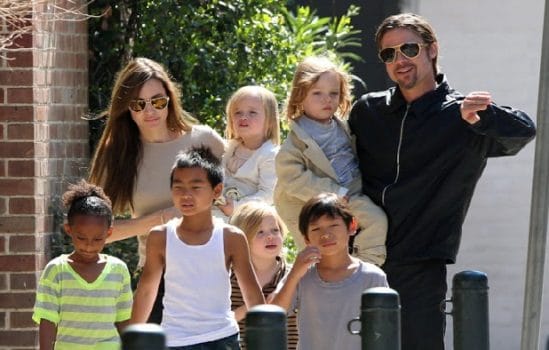 Recently the western media reported that the family of Angelina Jolie and Brad Pitt expected addition. According to some reports  the famous actress, model, Goodwill Ambassador and mother of many children Angelina Jolie  is pregnant and will soon become a happy mother of her seventh child.A source close to the Pitt-Jolie couple , told the media that Angelina is suffring from  morning sickness the last time because of that the actress is not often seen in public, and even missed the awards ceremony of “Golden Globe”, which she each year visits, along with Brad Pitt.The source also reported that Pitt and Jolie’s daughter Shiloh came up with a name for a new baby – John. One of the most beautiful couples in Hollywood have been together for eight years. They adopted three children (Maddox, Sivan, 11, Pax Thien, 9, Zahara Marley, 8 years) and gave birth to three of their own (Shiloh Nouvel, 6 years old, twins Knox Leon and Vivienne Marcheline, 4 years).

By the way, Jolie has long wanted another child but Pitt discouraged due to a busy work schedule. Angelina once again became pregnant, she has dramatically reduced her activity and almost ceased publication.