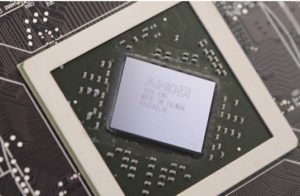 According to the report, several former employees of AMD have commented to Forbes that the chip maker would have a vital role in the new product of Nippon. In his profile of the new AMD CEO Rory Read , the magazine of financial and business ensures that a partnership between the two companies would be announced. The text specifically says that the new CEO would work to it that AMD does not spoil their catalog of new products, ” including a secret effort to make its graphics chips in the yet-unannounced new Sony console “

AMD GPUs already provides to Microsoft both your current console generation to the next Xbox codenamed ” Durango , “and has dealt with Wii and its successor, Wii U, would fully in this generation of systems desktop, such as was speculation last year , relegating NVIDIA, once very serious alternative for the home console market – as evidenced with the original Xbox and even Playstation 3 and the RSX – the personal computer business , which is not above the fierce competition from AMD.

Both AMD and Sony as usual in these cases have refused to comment on the report, which by now means nothing, as we have seen on other occasions. The firm Nippon has reaffirmed through its president, Kaz Hirai, in its commitment to bring PlayStation 3 to the life cycle of 10 years, which means that even if the two manufacturers to reach an agreement, nothing is clear to least until next year to see a new hardware launch between 2014 and 2015, being the latest in Sony paid to the next generation of consoles.

AMD, ARM and Others Seek a “New Architecture”