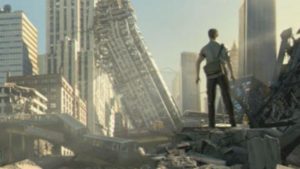 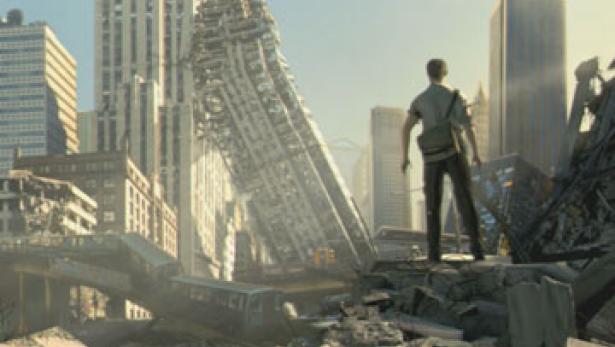 ” I Am Alive “has a problem. The post-apocalyptic survival game has been primarily known for its critical development. A studio change, several course changes, postponed appointments and the degradation of downloadable titles have left their mark.Instead of hype, there was a lot of derision for “I Am Alive”. But why? Get accepted since the game two years ago now at Ubisoft Shanghai, it has hardly get anyone to face. When we reached the last preview release, so we are a bit nervous. Do we write off the game at the end of the world or are we witnessing the first little surprise in 2012?

Courageous. This word should give us in exploring the wonderful world of game destroyed ” I Am Alive let slip “a few times. At the first sight of the debris field in front of us we use it for the bold look of the game. “I Am Alive” is actually a very gray game.

What looks at first glance to be a defect in the TV calibration, is in fact a stylistic device with which we want to draw more in Shanghai Ubisoft into the nightmarish future generations of “I Am Alive”. And it works perfectly. The gray veil, which is here as a cushion cover placed over everything there, from the dust of a vanished world. It is dense, chalky dust that immediately at the pictures of the 11th September 2001 recalls. “I Am Alive” immediately evokes in us a feeling of oppression.

A little awkward, the main character in the third-person perspective, scans through the virtual ground zero. Much the game is not cheap on the young man. Just that he is already on a month to reach the house of his family. He follows a last hope. Maybe have the wife and daughter survived disaster and wait for him there.

We know this because the record protagonist of “I Am Alive” has a habit of the stops on his odyssey to a camcorder. We serve as his short clips (a bit sparse-sown) checkpoints and impressive cutscenes. ” I Am Alive “will be staged at the back way, and can be very similar to the movie” The Road “speak primarily an inhospitable world of its own.

More specifically, the fictional town Haventon. The needs of the young father walking by now. It applies to climb bridges, subway tunnels to explore and to balance on the steel girders of destroyed skyscrapers. What happens after a typical ” Uncharted “climbing sounds (and looks very similar), plays in” I Am Alive “is a good piece from realistic.

Ubisoft Shanghai is a hero to us by the hand that is vulnerable and do without the superhuman abilities of Nathan Drake needs. A quick sprint consumes stamina dangerous to our bar. Our strength is coming to an end, it comes down to business – to our life energy. A game-mechanics, which affects particularly the many layers of rock climbing. Are we running out of steam half way, we’re going down. “I Am Alive” climb, which means under time pressure.Climbing routes will therefore planned, safe stopovers and discovered ausdauerauffrischende resources such as water rationing. Ubisoft Shanghai is concerned about the survival surprisingly consistent. We like it.

The world of “I Am Alive” is hard and pitiless

Much more consistent but it is gone from the encounters with other people to work. In a subway station, we meet with no advance warning of a ragged survivor, who immediately upgraded our emergence as an intrusion on his territory. He pulls a gun, threatened us so loud roaring and wants us to disappear again immediately. “I have nothing for you” it sounds to meet us. Automatic raises our character’s hands. Gingerly, we control our young father backwards – away from the first person we ever met. The world of “I Am Alive” is hard and unforgiving. This is not shared or helped. Here is just about still alive.

Later we meet a young woman holding an injured person in her arms and we wept bitterly, begging for help. We do not know how to have the desired of her first-aid kit and do not move on unvollrichteter things. The pleading We still have a long in the ears. It’s these little moments that make of “I Am Alive” is a very emotional experience.