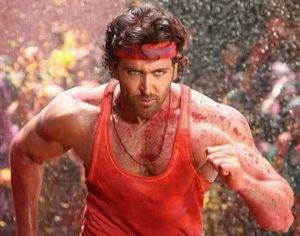 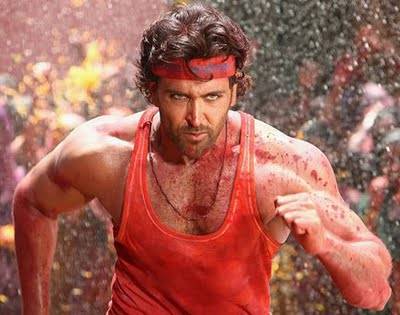 Hrithik Roshan’s Agneepath, is the most anticipated  movie.Agneepath is  a remake of the 1990 Hindi film of the same name. It is directed by Karan Malhotra in this movie Hrithik Roshan will play the role played by Amitabh Bachachan in originall movie , Sanjay Dutt will play the villain while Priyanka Chopra will be the female lead. It is a most awaited movie because everybody want to see that how Hrithik Roshan play the popular role of Vijay Dinanath Chauhan, which was played by  Amitabh Bachchan in the original Agneepath that is why the channel did not hesitate in shelling out Rs 41 crore.

Yes, Rs 41 crore it could be a new record  because the up coming big buduget movies  are far behind like Sony Entertainment supposedly paid for Aamir Khan,s  Dhuan Rs 38-40 crore, and another outclass movie RA.One Starrer Shahruk Khan, Network’s reported in Rs 35 crore bet on this year’s Diwali release and olso a very big film Body Guard is far behind with Rs 33 crore.Hrithik is very lucky because his films except “Lakshya” have done very successful  business on satellite and this film help him to leave Khans behind.

but on the other hand It seems  that this film is not very lucky for  Bollywood heartthrob Hrithik Roshan. he  become prone to injuries these days.As we know  Just few days ago we heard that   Hrithik Roshan was   suffering from a major sunstroke while the  shooting of  Agneepath at Madh Island and now  a severe back injurys  so much so that take him  immediately to the hospital for the treatment. Apparently, he is admitted at Breach Candy Hospital.

Actually Hrithik wanted to do a stunt him self and refused for body double instead Hrithik had  lift a burly fighter who weighed almost 110 kg for a sequence during  shooting for Karan Johar’s AGNEEPATH but  this decision  put the actor into a real trouble.what do you think is it lucky or unlucky for Hrithik?