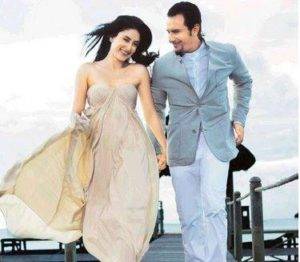 Kareena Kapoor is very busy woman in these days .First it was Bodyguard, and after that  it was Ra.One. Now, she is very busy in Saif’s home production Agent Vinod, which will  be her next movie with   Saif Ali Khan. Already She has  started the promotions for the film, and also  in an interview  she has said that Agent Vinod is a big film for her. This film is based on the movie of Mahendra Sandhu with the same name.

He has earlier acted in action movies with other stars like Akshay Kumar and Ajay Devgn but he was not the action hero in those movies.Agent Vinod will be first Saif Ali Khan`s movie  that will have him as a complete action hero.  The release of Saif’s home production Agent Vinod, which was scheduled to release on December 9 but got postponed to the early next year .He also confirmed  that he  will marry with Kareena next year by March. In a recent interview he said  that they actually planned to get wedded in February 2012 after the release of Agent Vinod.